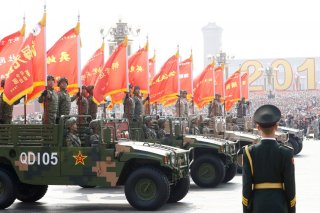 Here's What You Need to Remember: For almost four decades, many analysts suggested that war between the United States and the Soviet Union was inevitable. Despite a few close calls, it never happened. It is entirely possible, perhaps even likely, that China and the United States will not again find themselves in armed conflict.