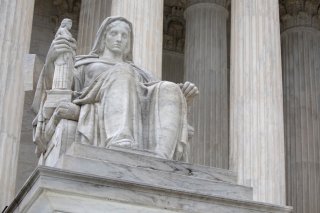 Child slavery within the cocoa trade has earned global attention. Nestlé has condemned the practice and joined accords aimed at abolishing human trafficking in the region. Nonetheless, the chocolate company finds itself in a decade‐​long lawsuit over the enslavement of Malians on Ivorian plantations on the basis of the corporation’s alleged purchase of cocoa from farms that used slaves.

The Alien Tort Statute gives federal courts jurisdiction over cases brought by foreigners who allege a “violation of the law of nations or a treaty of the United States.” Passed as part of the Judiciary Act of 1789, its purpose was to assure foreign governments that the United States would provide legal remedies for breaches of international law. The Supreme Court in Kiobel v. Dutch Petroleum (2013) held that this law presumptively doesn’t apply to violations committed abroad. Then in Jesner v. Arab Bank, PLC (2018), the Court ruled that foreign corporations cannot be sued under the ATS because international norms about corporate liability are not settled.

So it would seem that a lawsuit against a U.S. company based on actions taken abroad would not be recognized under the ATS, but the U.S. Court of Appeals for the Ninth Circuit disagreed. After being dismissed in the district court, the plaintiffs have twice successfully appealed to the Ninth Circuit. On the second appeal, post‐Jesner, the court found that U.S. corporations could be sued under the ATS. Now before the Supreme Court, Nestlé is asking the Supreme Court to reverse that holding.

Two types of conduct are at issue here: corporate conduct and aiding and abetting conduct. There is no norm under international law as to either. A number of major jurisdictions have not extended aiding and abetting liability to corporations, and even those that have differ substantially as to how the offense is established.

Beyond the absence of an international norm, congressional action confirms that the Court should defer to Congress. The First Congress, which enacted the ATS, also passed a federal statute making piracy a federal felony, but that act separately criminalized acting as an accessory to piracy. Congress understood how to include aiding and abetting a crime under international law when it intended to do so—and when it did not.

Cato has filed an amicus brief in support of Nestlé U.S.A. We argue that the Supreme Court has made clear that the ATS must be interpreted with rigor and care. Under Sosa v. Alvarez‐​Machain (2004), to recognize a lawsuit under the ATS, courts must find not only that the norms at issue are specific, universal, and obligatory, but also that proceeding with the case under the ATS is a proper exercise of judicial discretion.