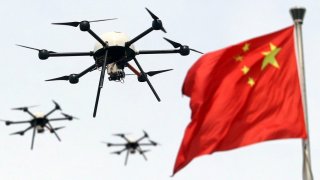 Here's What You Need to Know: By 2022, the Army plans to deploy its first four-vehicle platoon of eight-wheel Stryker armored vehicles equipped with a turret-mounted 50-kilowatt laser. These will eventually become a standard support asset in U.S. brigade combat teams, alongside a Stinger-missile armed Strykers.