The U.S. Is Losing in the Hypersonic Weapon Race 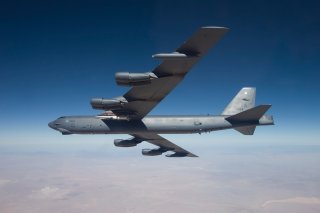 Here's What You Need to Remember: Over the past several decades, the U.S. may have lost its erstwhile lead in a number of advanced military technologies, including hypersonics. But this does not mean it is out of the race.

In his election-eve televised speech to the Russian Federal Assembly, Vladimir Putin emphasized the point that the Russian military had deployed invincible strategic weapons capable of defeating any defense. He went on to announcethat his country is “actively developing hypersonic weapons.”

The Air Force has a roadmap to develop a hypersonic strike weapon by 2020 and a hypersonic aircraft to perform intelligence, surveillance, and reconnaissance in an A2/AD environment by 2030. In mid-April, the Air Force awardedLockheed Martin a $1 billion dollar contract for an air launched, hypersonic conventional strike weapon.

Daniel Gouré, Ph.D., is a vice president at the public-policy research think tank Lexington Institute. Goure has a background in the public sector and U.S. federal government, most recently serving as a member of the 2001 Department of Defense Transition Team. You can follow him on Twitter at @dgoure and the Lexington Institute @LexNextDC. Read his full bio here. This article first appeared in 2018. It is being republished due to reader interest.