The U.S. Military Is Already Planning on a Sixth Generation Stealth Fighter 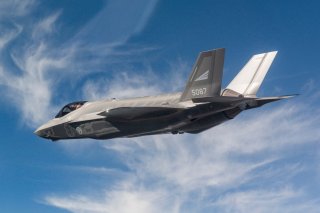 Here's What You Need To Remember: What might this look like? What technologies might it involve? Roper did not elaborate on any design possibilities or technical components of the aircraft, however several defense industry giants have already built prototypes.

This piece first appeared earlier and is being reposted due to reader interest.