Is the U.S. Military Prepared for Chemical Warfare? 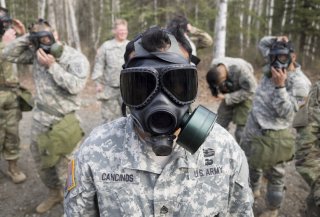 Here's What You Need to Remember: “The threshold for participation in biotechnology is decreasing all the time: you don’t need to be a college educated microbiologist to do this any more,” Aaron Firoved, a senior biodefense adviser at the Department of Homeland Security, recently told the trade magazine CBRNe World.