The U.S. Military is Rethinking Its Entire Pacific Strategy 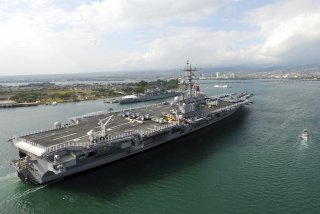 Here's What You Need To Remember: In an address to the Navy Institute, the Chairman of the Joint Chiefs of Staff and former Chief of Staff of the Army, General Mark Milley, warned that the U.S military faced “bloodletting” as the Pentagon struggled to fund major expansion and restructuring programs for the other Services.

The U.S. Army is the one service still struggling to find its footing in the future competition with China. Today, the Army is struggling to meet simultaneous demands for forces in multiple overseas theaters while also providing critical support at home in response to the challenges of the pandemic and repeated natural disasters. At the same time, it is investing heavily in its six modernization priorities and working on changes to doctrine, organization and training required to address the era of great power conflict.