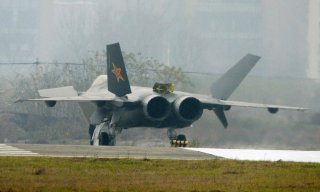 In testimony given to the Senate Armed Services Committee, a top Navy official stated that he believes China could attempt to reunite with Taiwan by force within the next six years.

Speaking to the lawmakers as part of a hearing focusing on China and the Indo-Pacific region, Admiral Philip S. Davidson, the U.S. Indo-Pacific Commander explained that Chinese arms build-up coupled with more aggressiveness in their near-abroad indicates an increasing willingness to use force to achieve foreign policy objectives.

“I think our concerns are manifest here during this decade, not only on the development – the numbers of you know, ships, aircraft, rockets, etc. that they’ve put in the field – but the way they’re advancing those capabilities as well in combination with everything that you just cited: Hong Kong . . . and Tibet, and a line of actual control in the South China Sea and the East China Sea,” Adm. Davidson explained.

Davidson said he worries about China “accelerating their ambitions to supplant the United States and our leadership role in the rules-based international order, which they’ve long said that they want to do that by 2050. I’m worried about them moving that target closer,” he stated. “Taiwan is clearly one of their ambitions before then. And I think the threat is manifest during this decade, in fact in the next six years.”

Despite Chinese efforts for freeze Taiwan out of global affairs, the island nation’s very existence has been preserved in part by the United States’ ambiguous policies in relation to Taiwan’s defense, though the nature of the Taiwan-United States relationship might need reevaluation in the future, according to Adm. Davidson.

“I would submit that we’ve got more than 40 years of the strategic ambiguity has helped keep Taiwan in its current status,” Adm. Davidson said. “But you know, these things should be reconsidered routinely. I’d look forward to the conversation.”

More broadly, the Indo-Pacific command is the largest and oldest military combat command, and covers 14 time zones, as well as 36 countries representing over 50 percent of the world’s population. Taiwan may prove to be one of the most important places in the Indo-Pacific command in the near future, a point that was recently emphasized by Adm. Davidson’s recent request to Congress for $4.68 billion in Fiscal Year 2022 to beef up their Pacific Deterrence Initiative, created to 2020 to prevent the United States’ competitive edge over China From slipping. In FY2023 to FY2027, Davidson requested an additional $22.69 billion.

In a written statement, Adm. Davidson quoted Xi Jinping's 2019 New Year's speech, which stated “We do not promise to renounce the use of force and reserve the option to use all necessary measures,” referencing reunification with Taiwan.