The U.S. Navy Cannot Afford to Abandon the Persian Gulf 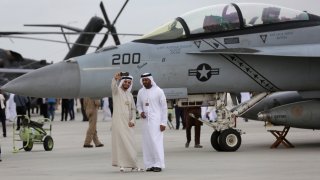