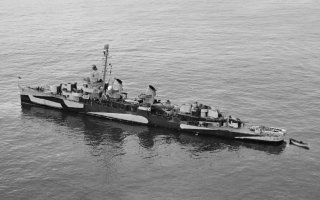 Here's What You Need to Know: The William D. Porter was perhaps one of the unluckiest ships in U.S. naval history.

This article originally appeared in August 2019 and is being republished due to reader interest.