The U.S. Navy Has a Big Shipyard Problem 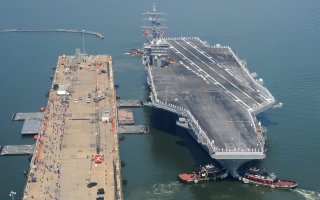 Here's What You Need to Know: Eleven yards service a fleet that could grow to 355 ships.

David Axe served as the Defense Editor of the National Interest. He is the author of the graphic novels War Fix, War Is Boring and Machete Squad.