Is the U.S. Navy Headed For a Missile Shortage Crisis? 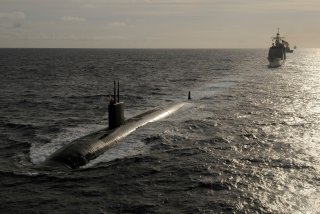 Here's What You Need to Remember: The argument for surface-based land-attack capabilities grows more compelling as the Navy develops large, hypersonic strike missiles that could help the fleet to strike targets from beyond the range of Chinese anti-ship ballistic missiles.

David Axe was Defense Editor of the National Interest. He is the author of the graphic novels  War Fix, War Is Boring and Machete Squad. This article first appeared in 2019 and is reprinted here due to reader interest.