The U.S. Navy Used to Have Two Zeppelins 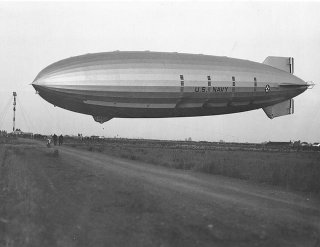 Here's What You Need To Remember: The loss of both airships effectively ended the flying aircraft carrier concept. It’s interesting to speculate what might have happened had the concept been further developed and survived until the Second World War.