The USDA Is Regulating Small Farmers Out of Business 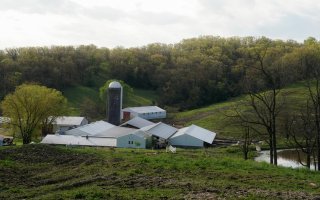 The Department of Agriculture (USDA) is once again trying to interfere with farming practices in the name of consumer health.

The USDA’s Animal and Plant Health Inspection Service (APHIS) invited the public to comment on a plan to mandate the use of radio frequency identification tags on cattle, as opposed to the metal tags now in use. One reason for tagging cattle is to trace animals’ movements, in order to then track diseased and at‐​risk exposed animals. The agency believes that being able to identify these animals electronically might allow government veterinarians to better contain disease outbreaks that could harm the cattle industry. But the metal tags, which have been mandated since 2013, do exactly that.

This isn’t the first time such a regulation has been proposed. In 2019, the agency withdrew the same proposal after segments of the cattle industry complained that electronic tags are expensive, intrusive, and, most importantly, unproven. These tags are for tracking the cattle while they are alive—but contamination of meat most often occurs during slaughtering. Unsanitary conditions and poor oversight at processing facilities are to blame for millions of pounds of recalled meat.

While the proposed mandate would only apply to cattle that cross state lines, in practical terms, many state animal‐​ID programs follow the federal one, meaning that small farms would be required to use the new tags too. At $2.00 to $2.60 a head, this regulation would have a huge economic impact on farmers who are currently receiving the metal tags for free from the federal government.

There may also be a need to pay for improved infrastructure to be able to read the tags. Consumers are already paying higher prices for meat in 2020 due to the impact of COVID-19 on processing facilities, while farmers are making less thanks to facility closures. Of course, large farming corporations could more easily absorb the new cost, but small, independent farmers will suffer. And while the USDA did invite public comments, the agency is not engaging in the formal rulemaking process. By taking an informal approach, the agency avoids a full cost‐​benefit analysis of the regulation’s financial impact on small businesses, as is required in formal rulemaking.

A clear sign that the agency doesn’t actually care about what commenters have to say: the APHIS awarded contracts to purchase up to eight million electronic ear tags before the comment period even ended.

In short, this is unfortunately just another example of an unelected agency deciding what’s best (for them) without concern for the costs to the industry it claims to protect.