The USS Mississippi Battleship Was Too Good at Dying 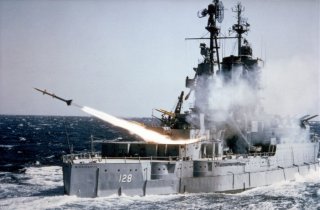 Here's What You Need to Know: The old warship was decommissioned in 1956, sold for scrap. The aging battlewagon had served longer than most ships at the time, but it had also experienced two rare tragedies, in the same place, under similar circumstances. Today her name lives on in the Virginia class nuclear-powered attack submarine USS Mississippi (SSN-782).