USS Nevada: The Best Battleship Ever to Set Sail? 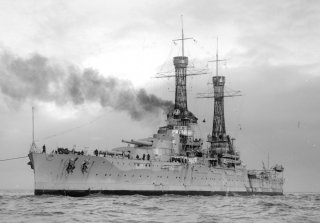 Here's What You Need To Remember: Finally, after a bombardment from the battleship Iowa, fire from two other vessels, and an aerial torpedo from a passing plane, the Nevada finally decided it was time to go and sunk beneath the waves approximately 70 miles southwest of the place where she first came under attack.

This first appeared in WarIsBoring here. This article was published last year.