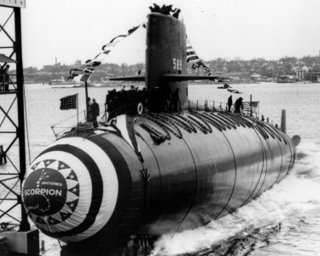 Here's What You Need to Remember: One theory advanced by Vice Admiral Arnold Schade and former-Scorpion mechanic Dan Rogers postulates it sank due to a faulty Trash Disposal Unit—a valve on the galley for getting rid of waste. This could have allowed seawater to flood in and contaminate the batteries, producing hydrogen gas that may have incapacitated the crew and eventually led to the apparent explosion in the center of the Scorpion’s hull.