Vaccinations and Stimulus Payments: Bidenomics Is Born and Booming 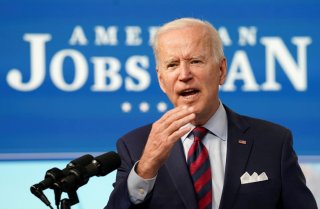 Here's What You Need to Remember: For many Americans, stimulus checks are still a means to survive, with surveys indicating that a sizeable amount of people have or plan to use stimulus payments for everyday essentials of for paying bills.

Distribution of the third-round of federal stimulus payments worth up to $1,400 as part of the American Rescue Plan Act of 2021 continues. To date, approximately 163 million payments totaling roughly $384 billion have been sent out. These payments, along with other relief measures included in the American Rescue Plan, appear to be driving an economic recovery.

According to the Commerce Department’s Bureau of Economic Analysis, March saw a 4.2 percent increase in total spending, the highest month-on-month increase since last summer. In addition, the 21.1 percent increase in personal income in March represents the greatest monthly increase in over six decades. March also brought with it an increase to personal saving rate of over 27 percent, the second largest increase on record.

This dramatic economic recovery has been largely attributed to government recovery efforts, and to the distribution of $1,400 stimulus payments in particular. Indeed, those who received stimulus money helped to drive spending growth by 29 percentage points in mid-March compared to the same period in 2019. That figure is larger than the 23- and 22-point surges associated with the first- and second-round stimulus payments, respectively. According to experts, the larger figure is the result of both larger stimulus checks and the fact that the third-round of stimulus payments has coincided with the rollout of coronavirus vaccines and economic reopening and lifting of restrictions.

Increased retail sales have played a major part in stimulating the economy. According to the Commerce Department, retail sales jumped 9.8 percent in the month of March, an increase that exceeded most expectations and which followed a decrease in retail sales for the month of February. The largest retail gains came from the sporting goods industry, which saw a 23.5 percent increase over the month, followed by an 18.3 percent increase in clothing sales and a 15.1 percent boost for auto parts and dealers. The hard-hit bar and restaurant industry also experienced a significant increase of 13.4 percent, thanks in large part to higher rates of vaccination.

For many Americans, however, stimulus checks are still a means to survive, with surveys indicating that a sizeable amount of people have or plan to use stimulus payments for everyday essentials of for paying bills.

Still, the economic growth brought on by pandemic recovery efforts have made a major impact. Higher levels of spending and personal income appear to be positively impacting the job market, with a report in late April indicating that new jobless claims totaled just 553,000 in the week covered by the report, the lowest such figure since the pandemic began. First quarter GDP growth, meanwhile, totaled 6.3 percent, up from 4.3 percent in the fourth quarter of 2020.