This Video of Drones Attacking Israeli Tanks is Wild 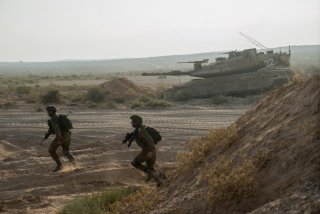 Here's What You Need to Remember: The Youtube video shows what appears to be an aerial – or drone’s eye – view of an Israeli Merkava tank in arid terrain characteristic of southern Israel.

Did an Islamic Jihad drone drop a bomb on an Israeli tank outside Gaza last year?

Islamic Jihad, a violent group based in Hamas-controlled Gaza, claims it did. Others aren’t so sure.