Video Footage: Russian Su-27s Get Close to a F-16 Fighter 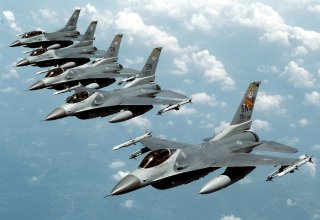 Here's What You Need To Remember: This incident reveals an unsettling truth about the ease with which the Russia-NATO military buildup in the Baltic can lead to direct military confrontation.