This Video Shows Iran's Submarines Are In Bad Shape 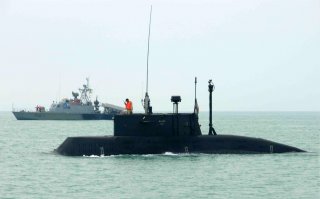 Here's What You Need to Know: Conclusions remain speculative, but one thing could be inferred—the Iranian Navy is hurting and might not be able to repair one of the most potent weapons in their naval arsenal.