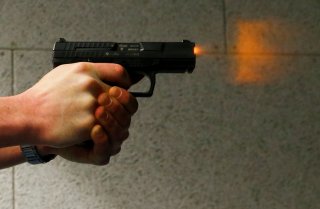 Here's What You Need to Remember: The P99 weighs in at 22oz, which is quite a bit lighter than your average pistol, but make no mistake this is not a lightweight pistol.

The P99 comes with three-dot sights, and frankly, I’m not a fan. Maybe I’m just impatient, but I don’t like three-dot sights at all. They’re difficult to use, and all of the sights look the same to me. I’d prefer to use fiber optic rods on the front sight. It would be more expensive, but I guess that just makes me a little ritzy. For me, it’s worth it. You also can look at some of the best night sights out there here.

This article was first published earlier in 2021 and is being reposted due to reader interest.