Wanna Know Why Battleships Are Obsolete? Star Wars Proved It. 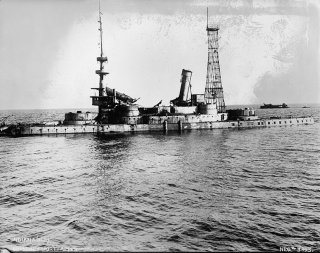 Here's What You Need To Remember: In the opening of The Last Jedi, a bomber fleet destroys a First Order capital ship, despite sustaining near-total losses in the process. Was the sacrifice worth it? That depends on how you value an air force against a capital ship.

Robert Farley, a frequent contributor to TNI, is author of The Battleship Book. He serves as a Senior Lecturer at the Patterson School of Diplomacy and International Commerce at the University of Kentucky. His work includes military doctrine, national security, and maritime affairs. He blogs at Lawyers, Guns and Money and Information Dissemination and The Diplomat. This article first appeared in December 2017.