Want to Be a Better Defense Strategist? Read Fiction. 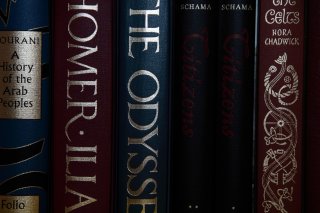 Here's What You Need to Remember: More realistic science fiction projects trends already evident today into the foreseeable future, forecasts the impact of those trends, and often recommends how to avoid a dark future and reach the sunny uplands that await if readers embrace the writer’s sage counsel. This is future history with a purpose.