Want A Stimulus Payment? Qualify But Never Was Never Paid? Do This Now. 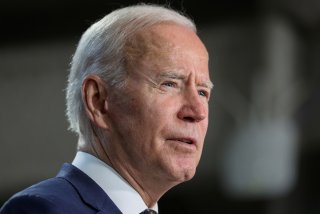 Key point: The IRS has a way to check if you are qualified for the stimulus. If so, there is a payment trace tool to see where your check might be.

Following the announcement of a third round of stimulus payments in March, most eligible American families have received their payments. If you are on Social Security and part of the SSDI or SSI programs, your third stimulus check will likely have arrived by now.

The stimulus has already been deposited in most Americans’ bank accounts via direct deposit, or added to their Direct Express cards, and as of April 9th, checks were also on their way. Workers from select industries, such as railroad workers, as well as people receiving VA benefits, should also begin to receive additional payments, as the IRS has stated that it began to send out money on April 14th.

Additionally, the government has stated that it will conduct outreach to help taxpayers claim the funds that they are eligible for. There is also some measure of protection for the stimulus checks from outstanding debts; for instance, the checks can be seized by private debt collectors, but cannot be garnished for owed child support.

For some recipients of Social Security using a Direct Express card, the third stimulus payment may be added to the card – especially if you did not file a 2019 or 2020 tax return. Anyone receiving government benefits can sign up for Direct Express, although it will almost certainly be too late for the stimulus payments to arrive that way if this is done in May.

In any case, if you have moved recently and your stimulus check is missing, make sure that the USPS and the IRS are aware of your new address. You can change it on the USPS website.

Finally, although the Biden administration has not stated that it will launch a fourth round of stimulus checks, many Democratic lawmakers – particularly on the Democratic Party’s progressive wing, including Senators Bernie Sanders (I-VT) and Elizabeth Warren (D-MA) – had stated their desire for another round of payments, if not constant periodic payments afterward.

So far, there has been no indication that Biden will move forward with this proposal. Instead, under the auspices of his American Families Plan, he has proposed several other broad measures, including a dramatic expansion of the Child Income Tax Credit – which, as observed elsewhere, would essentially amount to an additional stimulus payment, in the form of tax relief, for many working families.

Trevor Filseth is a news reporter and writer for the National Interest. This first appeared earlier and is being reposted due to reader interest.