Want to Stop Police Brutality? Start With Ending the War on Drugs (Now) 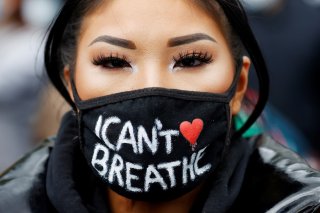 Police misconduct arises from many causes. Overly strong unions protect officers from discipline and prevent institutional reform. Qualified immunity, the doctrine established by the Supreme Court that limits the ability of citizens to bring civil suits against government officials, shields police from accountability for their misconduct. And militarization – federal provision of military equipment to state and local police departments – leads to more aggressive tactics in black communities. All of these policies, combined with underlying racial animus, contribute to aggressive, often unlawful behavior, especially towards blacks and other racial minorities.

Another key driver is the War on Drugs. Federal drug prohibition dates to the Harrison Narcotic Act of 1914, and President Richard Nixon officially declared a war on drugs in 1971. But the crack hysteria of the 1980s, after low‐​cost crack cocaine spread to lower income, black, and minority communities, set the stage for aggressive policing, zero‐​tolerance policies, and punitive prison sentences. This was only the latest instance of drug prohibition fueled by racial or ethnic animus. Temperance laws in the 1840s targeted Irish immigrants, anti‐​opium laws in the 1890s targeted Chinese immigrants, new laws against cocaine targeted blacks moving northward during the early 19th century, and an increase in migration from Mexico led to early marijuana laws.

The escalation of the War on Drugs gave police officers both motivation and excuses to engage aggressively and maliciously with black communities. Together with the “broken windows” theory of policing, this increased encounters between blacks and police and generated increasingly antagonistic relationships, with just a third of black Americans saying they trust the police compared to three quarters of white Americans.

Drug arrests and prosecutions disproportionately affect black Americans. In 2018 – the most recent year for which data are available – blacks made up 13 percent of the US population, but 28 percent of all drug‐​related arrests. This is despite having nearly identical rates of illicit drug use. In her book The New Jim Crow Michelle Alexander writes, “Nothing has contributed more to the systematic mass incarceration of people of color in the United States than the War on Drugs.”

The drug war has led to the harassment, imprisonment, and death of countless black Americans. Prosecutors attempted to justify the killing of Michael Brown by arguing that the marijuana found in his system had caused him to become violent, despite refutations by medical experts. The officer who shot and killed Philando Castile claimed that the smell of marijuana caused him to “fear for his life.” Police serving a no‐​knock drug warrant on the wrong house shot and killed Breonna Taylor. The officers responsible for arresting – and killing – George Floyd reported that he “appeared to be under the influence.”

Ending the drug war will not eliminate police violence. Legalizing drug use and possession will not solve the problem of racism. But it will take one step toward ensuring that police officers have no excuse to unduly harass and kill Americans.

This article by Jeffrey Miron first appeared in CATO on June 3, 2020.