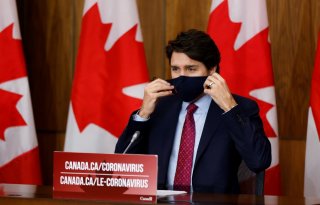 Canada’s foreign policy efforts are fragmented, a jumble of trade and aid deals that fail to adequately consider that our security is deeply tied to the health of the rest of the world. The current pandemic has shone a spotlight on this weakness.

The ongoing COVID-19 pandemic has erased any doubts that health is a global phenomenon, and it’s become abundantly clear that Canada urgently needs a global health strategy. While the majority of the health community in Canada learned some lessons from SARS almost two decades ago, COVID-19 has also helped all Canadians realize that we can no longer afford to separate our own health from the world’s. We are only as strong as our weakest health link.

Too often Canada’s foreign policy engagement in health has focused on advancing global security — minimizing security threats from pandemics or climate change that spill across borders — or through development policy focused on helping to eliminate major infectious diseases such as HIV, antimicrobial resistance, malaria and tuberculosis.

Maternal, newborn and child health have also been a flagship for development priorities for Canada. But we have neglected, at our peril, to address the systemic inequities causing these global health threats.

The current federal government has taken some meaningful steps towards promoting gender equality in Canada and globally. While important, these efforts don’t sufficiently address other mounting global inequities and health needs.

Canada’s Official Development Assistance investments, as currently designed, are not properly set up to support these and other health challenges. Although health has been previously used by Canada and other countries as a political instrument to promote peace, security and prosperity, Canada can no longer afford to separate its own security agenda from its global fight against health, racial and other social inequities.

These problems are going to be exacerbated in the coming decades by the existing climate crisis.

The triple crisis of the COVID-19 pandemic and related health and economic fallouts, climate change and persistent inequities present major challenges for wealthy countries like Canada. They require countries to address domestic needs while also tackling development priorities in vulnerable regions such as Sub-Saharan Africa.

That’s why we need a global health strategy for Canada that’s integrated, mindful of health, racial and gender equity, and also serves Canada’s security and global citizenship agendas. Canada needs to be innovative when it comes to research and policy.

In addressing global health threats, the federal government must erase the artificial divisions between domestic and global policy.

Canadian strategy must fundamentally strengthen the country’s political voice in the G7 and G20. We must commit public funds and expertise toward strengthening multilateral and bilateral partnerships with other governments and global institutions such as the World Health Organization.

The federal government must also approach its commitment to global health with openness, seeking out a wide range of perspectives that will form the basis of the design and monitoring of a renewed global health strategy for Canada.

Establishing global health strategies is nothing new. Back in 2007, the foreign affairs ministers of Brazil, France, Indonesia, Norway, Senegal, South Africa and Thailand signed the Oslo Ministerial Declaration on global health as a pressing foreign policy issue. Canada was absent.

France, Norway, Switzerland and others have followed up by establishing specific strategies. The Dutch parliament just adopted a motion to develop one.

Germany’s recently launched global health strategy could be a model for Canada. It takes a whole-of-government approach to improve policy coherence rather than leaving it up to any one ministry to lead in a silo. Germany will invest more in the World Health Organization, among other multilateral organizations, and in health promotion and research that supports its strategy.

Canada too must fully acknowledge that our security interests are directly linked to health equity across the globe — and nowhere is this more evident than in the race we have witnessed to develop and now deploy a COVID-19 vaccine. Here, a coherent global health strategy would ensure that Canada lives up to its commitment to universal access to a vaccine in the face of rising vaccine nationalism.

The strategy needs to be aligned with 2030 United Nations Sustainable Development Agenda, which provides an integrated framework for member states, including Canada, to measure progress on actions taken across sectors to address health, social, economic, gender and environmental inequities.

We need a strategy with a clear mandate, accountability and monitoring mechanisms, and one that is clearly communicated. We also need to solicit advice from our global partners. Choosing to bring outside perspectives to inform strategy development would make Canada unique while also deliberately engaging a wide range of Canadian stakeholders.

A parliamentary committee on global health could also be established to guide the work across various federal departments. And we could follow France and Sweden in appointing a global health ambassador to lead government engagements.

Canada can use a global health strategy to engage proactively as a leader on the global stage. In 2015, a newly elected Justin Trudeau declared that Canada was “back.” There’s no better way and better opportunity for Canada to prove it than now with a comprehensive global health strategy for the post-pandemic era.