War With Iran: Here's How the Islamic Republic Could Cut Off the World's Oil 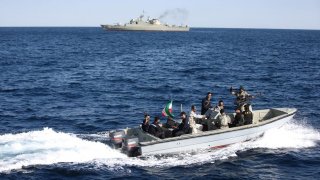