This Was America's Most Powerful Battleship. Can It Make a Comeback? 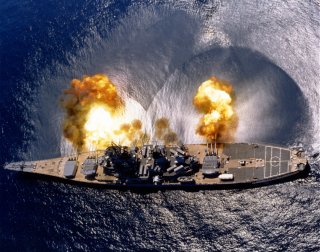 Here's What You Have to Remember: There are some very interesting things that could be done with them that would neatly patch holes in the U.S. Navy’s force structure.

Kyle Mizokami is a defense and national-security writer based in San Francisco who has appeared in the Diplomat, Foreign Policy, War is Boring and the Daily Beast. In 2009 he cofounded the defense and security blog Japan Security Watch. You can follow him on Twitter: @KyleMizokami. This first appeared last year and is being republished due to reader interest.