Was North Korea Behind the Bombing of a South Korean Airport? 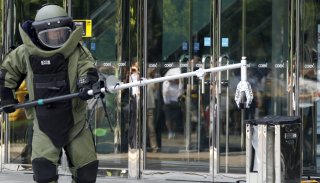 Here's What You Need to Remember: Unlike other North Korean terrorist incidents, the agents responsible for the Gimpo bombing have never been caught and the CIA described the bombing as “unsolved” in a 1988 intelligence document.

Sébastien Roblin holds a master’s degree in Conflict Resolution from Georgetown University and served as a university instructor for the Peace Corps in China. He has also worked in education, editing, and refugee resettlement in France and the United States. He currently writes on security and military history for War Is Boring. This article is being republished due to reader interest.