Was Pearl Harbor A Mistake for Japan? Oh. Hell. Yes. 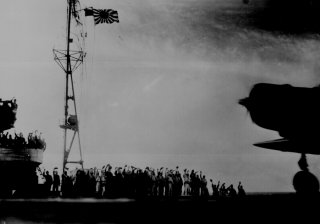 Here's What You Need to Remember: Doing less—or forswearing an effort entirely—always constitutes a viable strategic option. Doing nothing was an option Japan should have exercised rather than assail Pearl Harbor. That’s the lesson from alt-history.

James Holmes is Professor of Strategy at the Naval War College and coauthor of Red Star over the Pacific (second edition forthcoming 2018). The views voiced here are his alone. This first appeared earlier and is being reposted due to reader interest.