Was the U.S. Involved in the Soviet Afghan War of the 1980s? 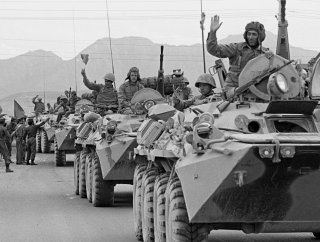 In 1977, General Muhammad Zia-ul-Haq overthrew Pakistan’s civilian president in a coup. He proceeded to institute hardline Islamist laws throughout Pakistan and began rebuilding Pakistani military power after its humiliating defeat in a 1971 war with India.