Watch Out America: Chinese Subs Might Be Able to Take Out U.S. Carriers 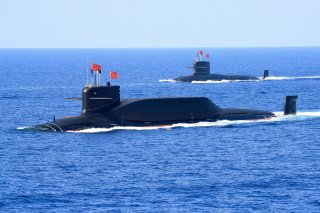 Here's What You Need to Remember: Of course, a chance to attack doesn’t guarantee a successful attack.

RAND projected that Chinese subs with no cueing probably still won’t be able to attack a carrier. But with cueing in the same timeframe, the undersea warships could get three, four or even five chances to attack.