Watch Your Six: China Has a New Plan to Attack from Below 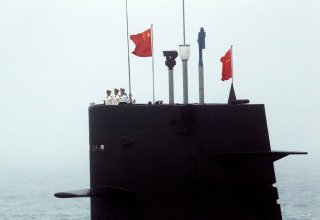 Here's What You Need to Remember: The PLAN is now giving the undersea realm the priority it deserves for ambitious naval powers in the 21st century. A somewhat subtle, but nonetheless, important signal of that intention is the PLAN’s fielding of its very first large-size unmanned undersea vehicle (UUV), the HSU001.