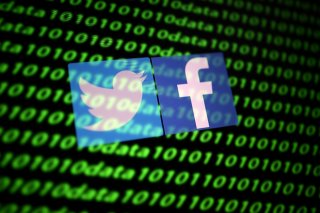 Big Business and Big Tech both reacted swiftly to the insurrection at the U.S. Capitol, punishing and condemning those they deemed responsible for the riot or for creating the conditions that led to it.

But there was a big difference in how each group acted.

Dozens of U.S. companies as diverse as Walmart, General Motors, McDonald’s and Nike at least temporarily shut off the cash spigot to politicians who voted against certifying the results of the presidential election. While the reaction was unprecedented, the next congressional election is almost two years away, leaving erstwhile donors the option to change their minds.

Big Tech, however, responded more directly and consequentially. Twitter and Facebook banned former President Donald Trump, Apple and Google removed Parler – the preferred platform for many of his followers – from their app stores, and Amazon stopped hosting the service. The results were immediate: Trump lost his dominant means of communication for the rest of his time in office, and prospective insurrectionists lost an important venue to plan what comes next.

As a scholar who studies how technology shapes new forms of corporate organization, I have been examining how information and communication technologies change the sources and uses of corporate power. From my perspective, while the decisive actions taken by tech firms may have limited the potential threats to democracy during the presidential transition, the fact that a handful of executives had the power to do so reveals the dangers posed by their concentrated power.

For most of the 20th century, large companies engaged in politics through financial contributions, lobbying and a revolving door of high-level personnel.

Through business groups such as the Chamber of Commerce, the National Association of Manufacturers and the Business Roundtable, businesses coordinated their voices to push common interests. Their preferred tool of influence was cash, typically in the form of campaign contributions. Seeking low taxes and light regulation, corporate donors unsurprisingly tilt conservative and broadly favor Republican candidates. But large corporations routinely contribute to both sides of the aisle to maintain access to incumbents.

After the Capitol riot, Big Tech companies suspended their political contributions just as traditional businesses did, but their bans and actions against Parler went much further, and the impact was more potent and profound.

I believe there are three reasons for this.

They control the platforms

Politics and business are both built on information, and thus information and communication technologies are an essential intermediary. Our knowledge of the world, the tools we use to connect and how we mobilize politically are all mediated by the internet. That leaves the gatekeepers of the internet with unprecedented power. The tools that they provide are, in many cases, irreplaceable.

Cash, in contrast, is easily substitutable. If the cash flow from corporate America is closed, Republican lawmakers can turn to other sources of funding, such as conservative billionaires like Dick Uihlein and Jeffrey Yass.

The power of big technology companies is far more concentrated than traditional companies, making it easier to coordinate their political activity.

The fact that Apple and Google effectively control the distribution channel for phone apps, giving them the ability to cut off Parler in a day, is unprecedented. The aforementioned big five, along with Tesla, account for nearly 25% of the value of the Standard & Poor’s 500.

And while big business has lost many of the tools it formerly had to act collectively, Big Tech today faces common threats of regulation that might make it easier to coordinate on common interests.

Silicon Valley companies already have a history of collaborating to hold down wages through anti-poaching agreements.

Finally, tech companies have both a key incentive to engage politically and lack an important disincentive.

Although they don’t employ a lot of people relative to traditional companies, tech businesses are far more dependent on their workers, and these employees increasingly are engaging in political activism at work.

Indeed, hundreds of Twitter employees militated to de-platform Trump in the wake of the Capitol uprising – against the misgiving of CEO Jack Dorsey. Facebook employees staged a virtual walkout last summer over the company’s handling of Trump posts that they saw as inciting violence. And employee activism at Amazon helped get Parler booted.

Such socially oriented activism is rare in big business but increasingly common in Big Tech, where skilled workers can easily move to an employer that better suits their values.

In addition, conventional business leaders who take political stands have reason to fear the reactions of their shareholders, while many tech companies are led by dominant founders such as Mark Zuckerberg at Facebook, who are less susceptible to Wall Street pressures due to their control of votes and the board. Thus, tech CEOs typically have far more discretion to engage politically.

In short, decisions at a handful of corporations rapidly shut down the communications infrastructure of the Trump movement, with little means of recourse, leaving its constituents scrambling to find alternative means of finding each other.

This degree of corporate political power is very problematic for American democracy.

Conservatives are of course crying foul about decisions to ban Trump and others from social media, but many liberal groups find it worrying, too. As a lawyer for the ACLU put it: “It should concern everyone when companies like Facebook and Twitter wield the unchecked power to remove people from platforms that have become indispensable for the speech of billions – especially when political realities make those decisions easier.”

The exercise of such overt political influence on the workings of U.S. democracy – with almost no room for oversight, by shareholders or anyone else – requires a new set of regulatory tools for a new form of corporate power.