We Can Tell You How Russia Feels About U.S. Aircraft Carriers 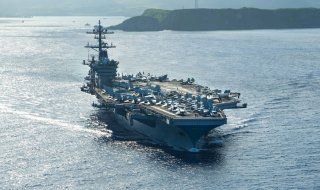 Here's What You Need to Remember: In such a conflict, of course, NATO forces (excluding Turkey) in the Black Sea would constitute a mere “tripwire”—military parlance for a force with some political value at “phase zero,” but with little actual military significance. They would be wiped out in the first few hours of a war. Perhaps, it is fortunate, therefore, that the U.S. is forbidden to bring aircraft carriers through the Turkish Straits by the Montreux Convention.