We Haven’t Yet Seen the F-22 at Peak Performance 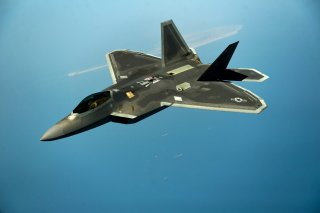 Here's What You Need to Remember: The Raptor with its stealth and powerful sensors could help direct other forces in combat, provided it voicelessly can communicate. The Air Force at present is willing somewhat to compromise the F-22’s stealth in order to make it more of a collaborative system.