The Wealthy Want To Raise Taxes on the Non-Wealthy 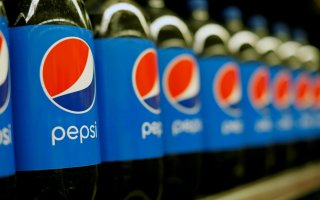 Ryan Bourne and I examined the economics and politics of wealth inequality in this 2019 study. We considered whether the wealthy tilt our political system in a conservative direction, which many liberals worry about. We found that the political preferences of the wealthy are not much different than other Americans, and that plenty of top wealth is plowed into liberal causes.

That reality struck me in examining income, sales, and property tax measures on state ballots. Two‐​thirds of income and sales tax questions on ballots are for higher taxes, not lower taxes, and wealthy liberals often fund the tax‐​increase proposals. Funding by businesses and labor unions also play a large role in ballot battles over taxes.

Sometimes wealthy people campaign to raise taxes on the wealthy. In Illinois this year, billionaire J.B. Pritzker has given $57 million to support a ballot measure to replace the state’s flat income tax with a multi‐​rate system aimed at hitting high earners. Billionaire Kenneth Griffin has contributed $47 million to the campaign against passage.

More often, wealthy people campaign to raise taxes on the non‐​wealthy. In many states, they have pushed to raise sales taxes, carbon taxes, gas taxes, soda taxes, and cigarette taxes.

The following are some wealthy folks and their tax‐​increase efforts, with the dollar figures from Ballotpedia unless otherwise linked:

For further notes on some of these ballot measures, see Cato’s governor report cards.