The Weapons Pakistan Would Use in a War With India 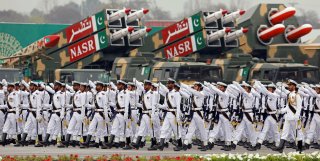 What You Need to Remember: Perhaps the most dangerous weapon in Pakistan’s arsenal are terrorist groups.