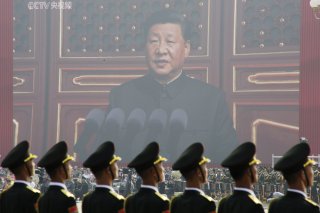 Here's What You Need To Remember: The 2012 iteration of China's defense white paper was a bit more transparent about how the PLA felt. In an indirect criticism of the U.S., it stated that "there are signs of increasing hegemonism, power politics, and neo-interventionism...some country has strengthened its Asia-Pacific military alliances, expanded its military presence in the region, and frequently makes the situation there tenser."

But how has the Chinese military, as an institution, viewed America? Many of the messages emanating from uniformed officials in Beijing appear mixed and even self-contradictory. The overall message they appear to be conveying is that China's armed forces have benign, peaceful intentions toward America, but they must sometimes react aggressively to destabilizing events created by others.