What America Could Learn from Russia in Afghanistan 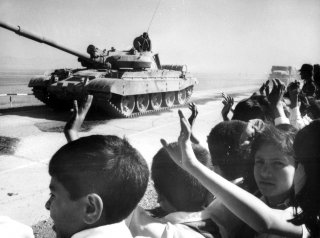 Here's What You Need to Remember: Most fundamentally, the Soviets could, with at least some plausibility, argue that security in Afghanistan mattered to the national security of the USSR. If it was not a “core interest” for the Kremlin, then it could be labeled in Moscow as a “significant interest” anyhow. The same can hardly be said of Washington’s expensive, misbegotten quest in that distant, blood-soaked land.

During the early days after the 9/11 attacks and the initiation of the U.S. intervention in Afghanistan, it was relatively common to reference the woeful Soviet experience in that country. Here was a clear paradigm of what not to do in order to avoid getting stuck in a quagmire. Surely, American leaders would be more adroit. By employing advanced U.S. technology along with a more sensitive effort to win “hearts and minds,” the Taliban—what was left of it—would be quickly vanquished.

More fundamentally for the American readership of the National Interest, this article could be yet another wake-up call regarding the futility of “soldiering on” in Afghanistan. It’s, of course, true that U.S. casualties are significantly lower, so far at least in 2018. But one more American service member killed in Afghanistan is still too many. The U.S. military has adapted, demonstrated “grit,” bravery and competence in difficult circumstances. Yet, it’s easy to forget that the Soviet effort actually had numerous advantages over the U.S. war in Afghanistan. Sharing a border with Afghanistan, the Soviets were able to move heavy equipment and supplies into the country in a much easier and more economical way. Similarly, the Soviet Army had wide access to ethnic “cousins” of various Afghan groups from within its own Central Asian republics and these people could help smooth over cultural and linguistic differences. Most fundamentally, the Soviets could, with at least some plausibility, argue that security in Afghanistan mattered to the national security of the USSR. If it was not a “core interest” for the Kremlin, then it could be labeled in Moscow as a “significant interest” anyhow. The same can hardly be said of Washington’s expensive, misbegotten quest in that distant, blood-soaked land. It’s well past time to let Afghans decide Afghanistan’s future without foreign “assistance.”