What are Russia and Belarus Plotting against NATO? 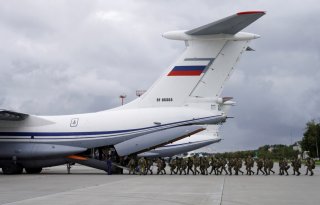 Here's What You Need to Remember: Though nominally not aimed at any specific country, the underlying purpose of the Zapad drills was to test the ability of joint Russian-Belarusian forces to repel a large-scale North Atlantic Treaty Organization (NATO) assault.