What Can Sink a Great Navy Ship Faster Than an Enemy? Bad Leadership 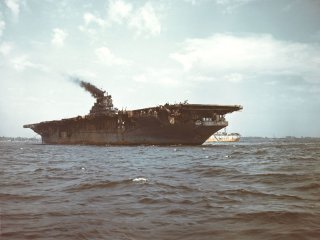 James Holmes is Professor of Strategy at the Naval War College and coauthor of Red Star over the Pacific, an Atlantic Monthly Best Book of 2010. The views voiced here are his alone. This article first appeared in 2017.