What Can we Learn From 20 Years of War on Terror Research? 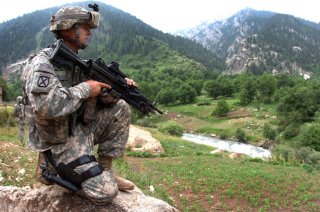 Key Point: 20 years in, I would say the Cato legacy on the era holds up better than that of most of our peers.

20 years ago, Cato scholars began researching the global war on terror. Amid the chaos and uncertainty of the time, Cato analysts frequently dissented from the Beltway consensus. The Wall Street Journal’s hawkish editorial page editor Paul Gigot vividly dismissed Cato’s foreign policy scholars, declaring that “I don’t look to the Cato Institute or any of their writers for instruction on foreign policy. Is libertarianism a school of thought, or is it four or five people in a phone booth?” At times that is what it felt like, but the Journal’s op‐​ed page would have been better off with a less rigidly enforced party line.

To highlight 20 years of Cato’s analysis of the war on terror, we have assembled a page cataloging a tiny portion of what Cato scholars said, and when, about the various aspects of the GWOT.

On September 11, Ted Carpenter wrote that “the President should immediately seek the full authorization of Congress to use whatever military force is necessary against the guilty parties” but that “if we damage our constitutional freedoms in the name of combating terrorism, the terrorists will have achieved a lasting triumph.”

By November he was worrying that we were “flirting with nation‐​building in Afghanistan,” pointing out that “America’s security interests do not require the existence of a stable, democratic government in Kabul, and such a regime is not likely to emerge in any case.”

Also in November, Bob Levy argued that Americans “deserve better” than the USA PATRIOT Act, writing tersely that “If you think the Bill of Rights is just so much scrap paper, and the separation of powers doctrine has outlived its usefulness, then the USA PATRIOT Act is the right recipe to deal with terrorists.”

Cato’s scholars were right very early on in seeing that the Bush administration was determined to attack Iraq, and that doing so would be a historic error. In December, our late chairman Bill Niskanen debated former CIA director James Woolsey on the subject. (Reflecting the manic zeitgeist of the era, Woolsey declared that “Posing the question ‘Should we use the war against terrorism to get Saddam?’ is parallel to asking, ‘Should we, as of December 7, 1941, use the war against fascism to get Hitler?’”)

That was just the first few months.

20 years in, I would say the Cato legacy on the era holds up better than that of most of our peers. But have a look for yourself.