What Can We Learn From Battlecruisers' Failure? 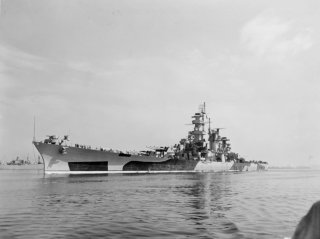 Here's What You Need To Remember: Battlecruisers are gone, but some aspects of their designs remain. Modern warships are also fast and armed to the teeth - but, as the Falklands War showed us, a single missile can sink one.

Michael Peck, a contributor to TNI, is a defense and historical writer based in Oregon. This article first appeared several years ago.