What Countries Have The Strongest Militaries In The Middle East? 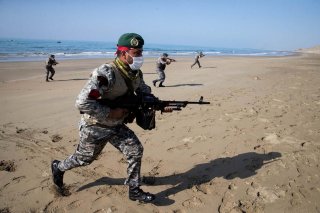 Here's What You Need to Remember: As anyone who peruses defense websites soon learns, rankings of military power are often so arbitrary that they become useless at best and ridiculous at worst. But more important is the arbitrary nature of these indexes, which tend to ignore the conditions that govern military power.