What Do "Woke" Anti-Racists Believe? Here's Three Things You Need To Remember 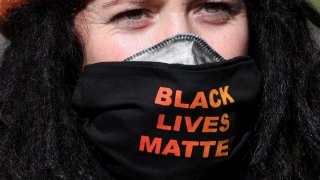 Which policies fall under the rubric of being racist or anti-racist?

“Every policy in every institution in every community in every nation is producing or sustaining either racial inequity or equity,” Kendi writes.

For those who believe they can escape the ugly culture war implications of these ideas and focus on economic or fiscal policies, it’s worth noting that embracing socialism and fighting capitalism is a critical element in promoting anti-racism.

And you will oppose capitalism, or else.

On top of that, this agency would have the power to void passage of a lower capital gains tax in Congress.

Gone are notions of individual rights or limited self-government. Gone are constitutional protections of freedom of speech and association.

Gone is the very bedrock of the system created by the Founders, the Constitution that has bent the flawed but exceptional American system toward liberty and justice.

We have a word for such a law: tyranny.

This article by Jarrett Stepman first appeared in The Daily Signal on August 10, 2020.