What Does Russia Think About China's J-20 Stealth Fighter? 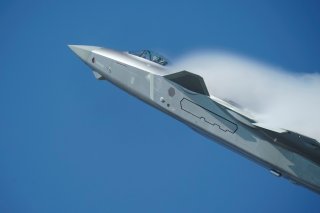 Here's What You Need To Remember: Russia has largely demurred from complimenting the J-20 - and noted that the plane bears striking similarities to a previous Russian MiG design.

Mark Episkopos is a frequent contributor to The National Interest and serves as research assistant at the Center for the National Interest. Mark is also a PhD student in History at American University. This article first appeared in June 2019.