What Is the French Leclerc Tank Doing in Yemen? 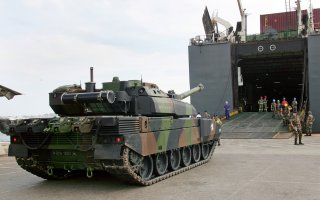