What The Georgia War Means for U.S.-Russia Relations 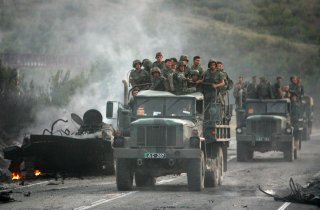 Given the prevalence, moreover, of the phenomena of “homo Sovieticus” with all its positive and negative attributes, we should hardly expect that the multitudes of peoples in the former Soviet states are all agreed on the shape and meaning of various national borders. Flexibility, pragmatism, a deference to local concerns and historical legacies, as well as a healthy respect for geography and the military balance of power should guide cautious diplomacy in attempting to manage the inevitable disputes that will not end anytime soon. Above all, the West is making another history-altering blunder in making the territorial issues of South Ossetia and Crimea as the twin crucibles that decide the future of European security and prosperity. To the contrary, these disputes should be minimized and better relations between the West and Russia should be pursued as the bedrock for both European security and a more cooperative global order more generally.